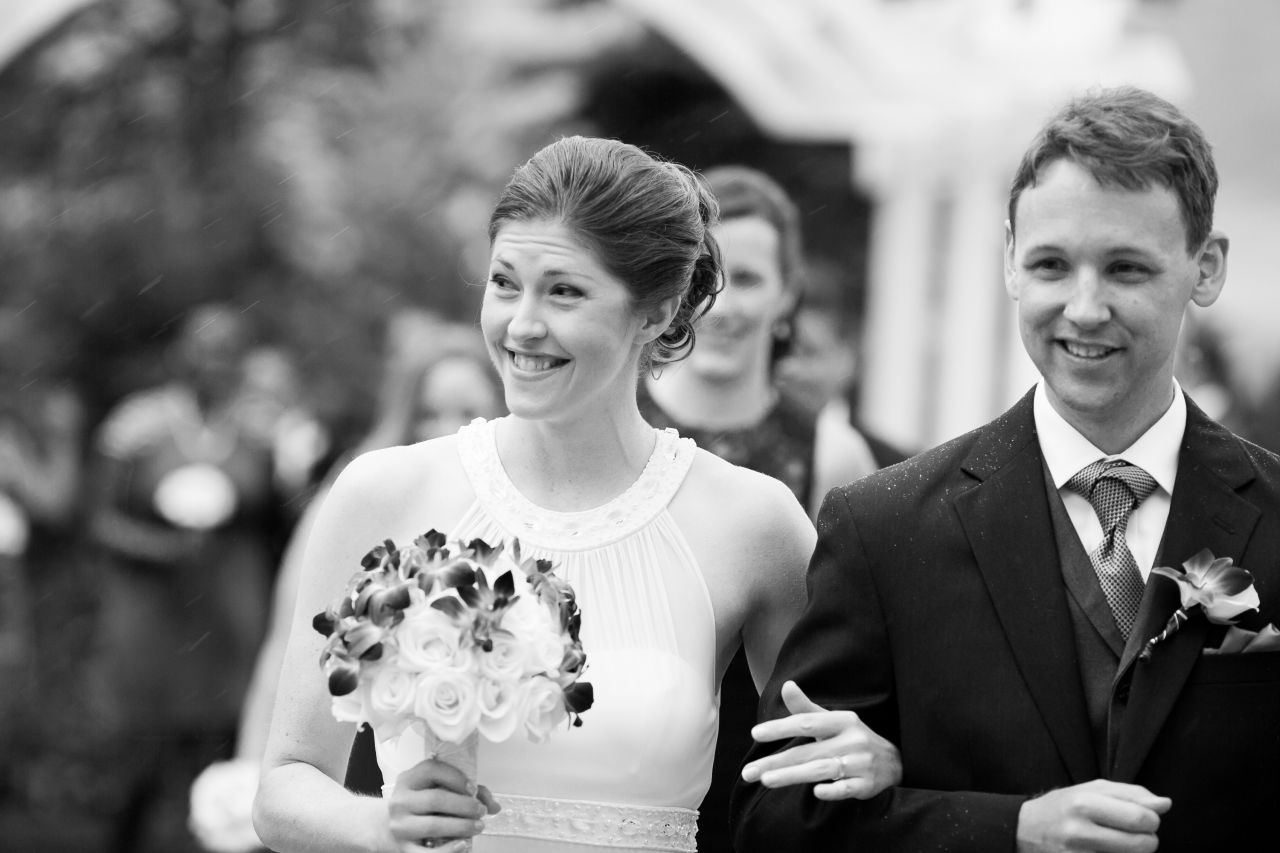 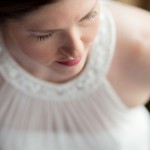 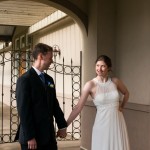 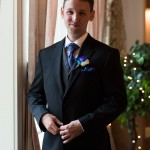 The wedding went off with glorious hitches! It was a gorgeous fall day, and things were set to go off at 4pm. We opted for a “first look”, which was a new idea to me, but one I very much liked. At about 2pm, Liz and I were driven out to meet each other. We got some time to see each other, talk, get some of the emotions and jitters under control, and of course, the photographers were at a semi-discreet distance the whole time. 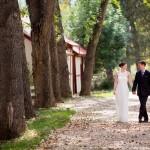 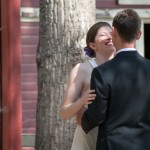 That gave us time to get back to the venue and make sure things were getting set up, get our flowers done up, and more or less get the last minute things organized. We even got the formal wedding photography done ahead of time! 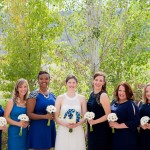 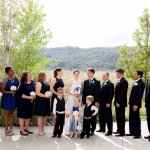 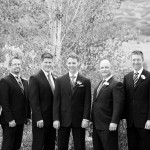 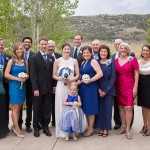 That’s when the first bit of “trouble” started coming over the horizon. Literally. Rain and thunder started moving our way. It was just before 4pm and I was thinking we might have to call it and move everyone inside (“everyone” who were already seated and getting drizzled on). Tina went to tell Liz and I was told that a face was made and Liz was not enamored with the thought of moving things inside. So I said “Ok. If we’re going to do this outside, we start it now and go fast!” And that is exactly what we did.

We’d rehearsed a nice, ordered walk out to the arbor. Plenty of space between each person. Moving slowly. Instead, we walked “briskly” and got everyone out there so fast that no one even knew Liz was coming out before she was basically up front! Darick (our officiant) then proceeded to get started on the ceremony. No dramatic pauses or time for words to sink in, but he did a great job and got it all in there! We also had pretty adorable ring bearers and flower girl. 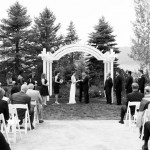 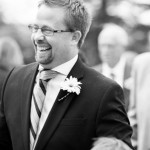 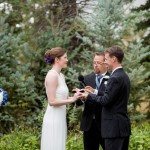 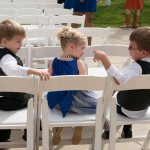 We finished up as the thunder grew louder. Again, not exactly standing on ceremony, we rushed out of there, the bridal party following quickly, and the rest of the guests rushing inside. We all got just a little wet, but made it inside before an absolute torrential downpour started. It was gusting so hard the doors were even blown open! 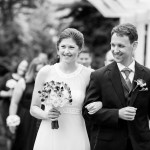 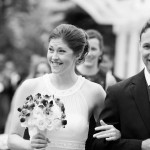 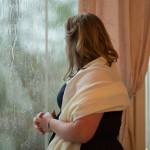 We got the reception cranking while Liz and I had a few more photos done and then moved into the little traditional things (and dinner!). Crash gave his toast and simply stopped talking when he was done. Liz and I, and I’m sure other folks who know him, knew he was finished, but you don’t normally end a toast by simply ceasing to speak. He looked around and said, “What? I’m done! Where’s the matron of honor?” I about lost it laughing. I reminded him that most toasts actually end with a toast, and he finished it up quite well and passed the baton to Lindsie for another very nice speech and toast. 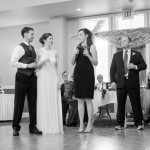 We shared our first dance, which is another point of the day I’ll remember. Liz switched out her heels for her motorcycle boots because, as she said, she’d not danced in anything else with me (and I think they were also a whole lot more comfortable). We did a two-step around the floor and I don’t think anyone knew it, but Liz was fairly nervous about dancing in front of all those people! She did great and we were able to move on to much more dancing! I’m not sure if the kids or the adults had more fun with that (though I think it was the kids). 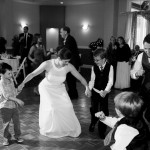 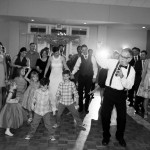 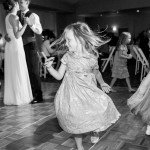 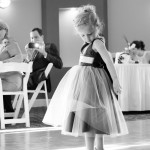 The party started winding down, but before it did, we had a little time to hang out. I was pulled aside for a photo with the Pedros and the Mines crew, and we all got to have a cigar in the dark before heading out for the night. 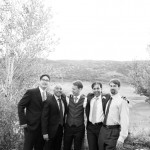 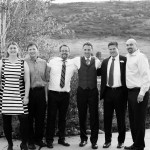 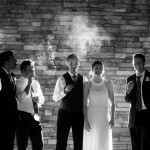 All around, things went great. We have tons of great photos and even more great memories. What a fun evening!