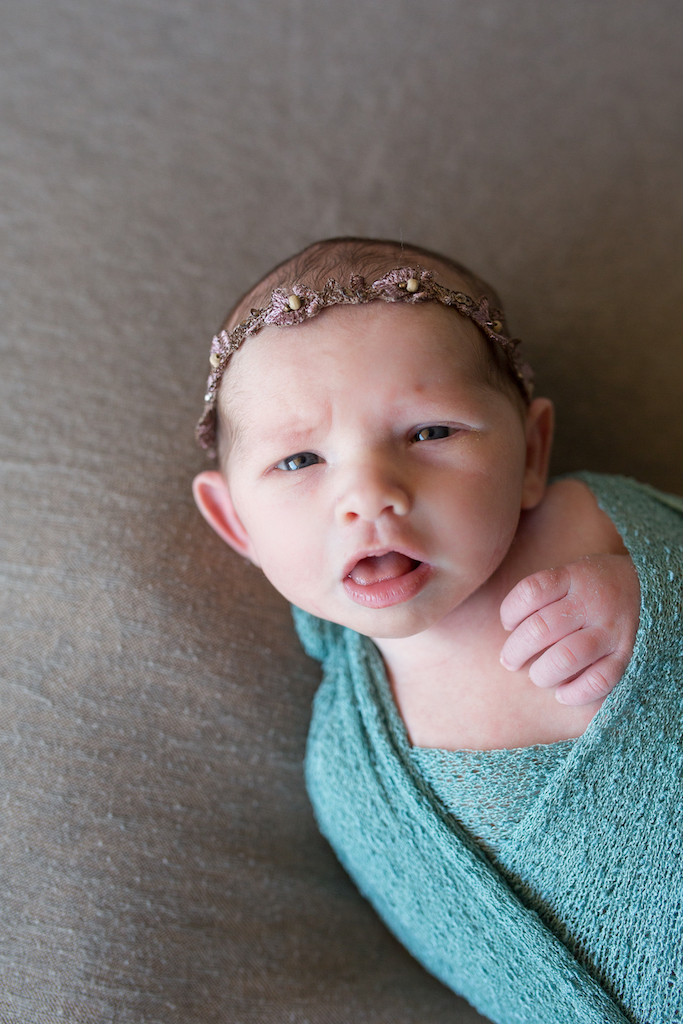 In early July, we had a little girl: Ada Jane McLauthlin. She weighed in at 7 lbs 7 oz and measured 19 1/2 inches, and everyone is healthy. As of a few days ago (just over 4 weeks old), she was up to 8 lbs 10 oz and starting to outgrow the newborn clothes!

I wanted to have somewhere to share some pictures with folks that wasn’t Facebook, so here we are:

Much credit to Chris Loring of http://www.chrisloringphotography.com/. The great photos you see there are hers. The mediocre to bad ones are mine :).

I did tell Liz within minutes of Ada showing up that I think Ada looks like Liz. And it’s not specific features, it’s some of her expressions. When I first was handed our little girl, she gave me a “what, exactly, do you think you’re doing” kind of look that I’ve seen many times on Liz’s face. I think it’s really just the set of the eyebrows and the little dimples she has above them, but I couldn’t help but laugh at recognizing Liz in my child’s frustration :).

So far, we aren’t getting any sleep because Ada demands that she be held by someone 24/7. Ada sleeps just fine as long as this demand is met. Otherwise, she is up and angry within 30 minutes. It’s a challenge, but one we’ll get through eventually.

One Reply to “Welcome to Ada Jane!”