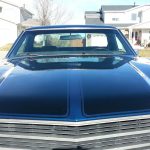 I’ve actually made some good progress on the El Camino since my last update. It was my daily driver for two years, so I’d say the updates went well.

I had plenty of minor electrical issues, rebuilt the carb with Rob, worked on fixing the brakes at least five different times until I realized it was the combination valve, had the hardest time finding a large vacuum leak on a temperature control valve on the air intake, and overall had tons of small issues that took plenty of troubleshooting.

I did add the spare tire to the bed of the truck and some bicycle holders, which made it much more useful for me. So I had this going on initially: 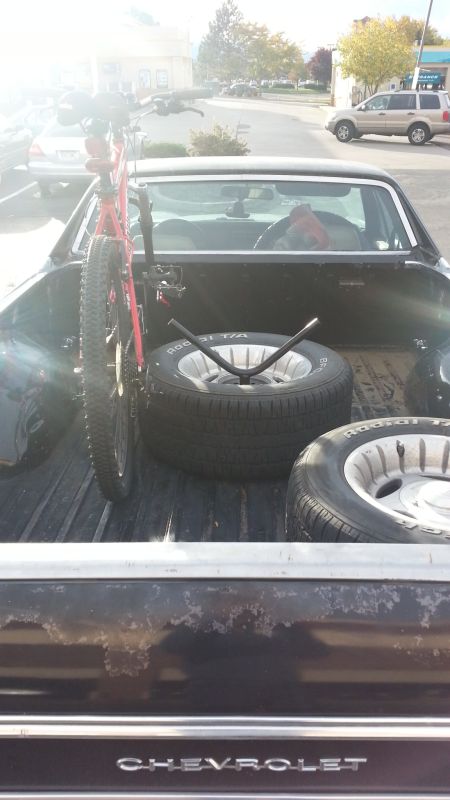 But after all that work, I needed a basic paint job to keep the thing from rusting, so I had the car stripped … that let me see how much bondo was on it already! 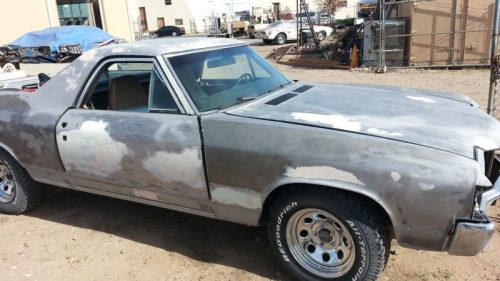 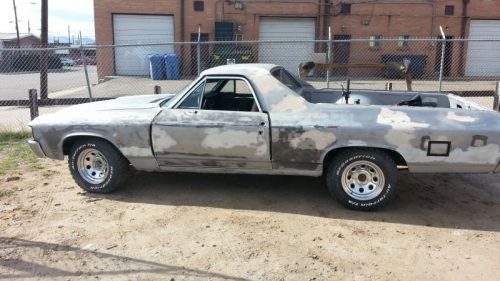 Yeah … this thing’s been through the wringer. But at least it’s relatively straight now.

And let me tell you, this was kind of fun to drive down the road like this … people got out of my way.

Next was to get the paint done. I just had a simple paint job done at Maaco, which cost more than they said and took longer than they said, but it came out looking decent: 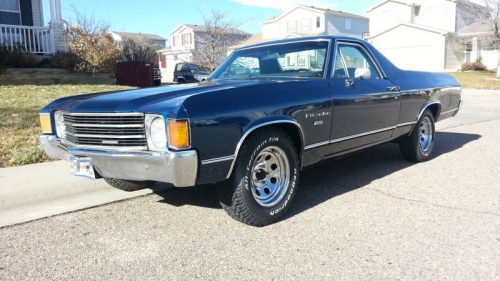 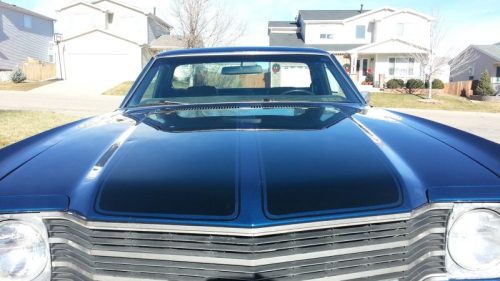 I’ve still got lots of work to do, and the paint job, while it looks good in the pictures, isn’t actually very good. That’ll need to be redone in time.

Short term plans? There’s a million. I’ve got to update the headlights, redo even more of the electrical, replace most of the interior (seats, dash, carpet), rhino-line the bed (yes, I intend to use this as a truck), add a tow package that works, add a passenger side mirror (turns out those are useful), add a stereo, add A/C back to it, etc. Loads of little things.

Longer term, it’s still the plan to convert to a five speed manual, bore out the engine to a 383, covert the windows to electric, add gauges to the dash, and even move to a TBI system.